Initial BFR (Starship) is not much more powerful than Falcon Heavy

In 2016 when Elon Musk unveiled ITS, everyone thought it was ridiculous and huge. It dwarfed the Saturn V. People were scratching their heads as to how it could possibly launch from LC-39A as pictured, since the 42 Raptors were to produce 128 MegaNewtons of thrust, almost 4 times the Saturn V. SpaceX had only ever launched the Falcon 9 at that point and just recently had started landing them. But now they’re proposing something 4 times the thrust of Saturn V with 42 engines?? Outrageous! Surely that will put a bunch of buildings in danger, exceed the limits of the pad, and cause major problems on the Space Coast. And who even NEEDS a rocket that big?? And the upper stage is a reusable SSTO! Impossible!

In the time since then, ITS (the Interplanetary Transport System which was, before 2016, known as the MCT, or Mars Colonial Transporter–a name not likely to go over well with those with a recent history of European overlords) became BFR (Big… um, Falcon Rocket) and then finally Starship. It went from 42 Raptor engines of 300 tons of thrust, down toÂ 31 of 170 tons of thrust and now, in a tweet, Musk said first flights of the booster would only have “around 20” Raptors: https://twitter.com/elonmusk/status/1131625229367693312

Raptor has achieved its 172 ton thrust, and so absent subcooling of the propellant, that’s likely where it will be for the first operational missions (or perhaps slightly less for margin). 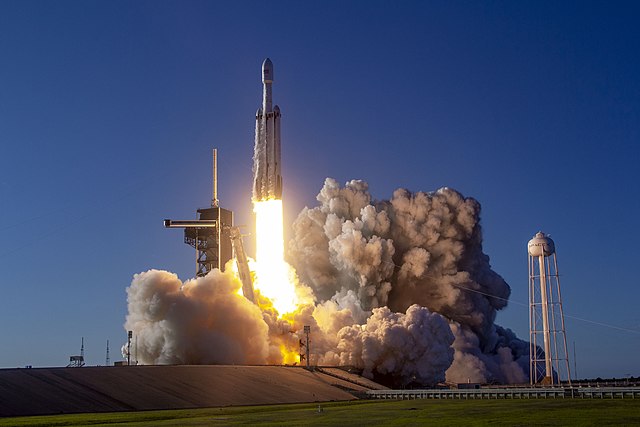 172 tons of thrust times 20 Raptors (could be 19, which packs better) is just 34MN, or just shy of Saturn V. And in the meantime, SpaceX has launched 2 Falcon Heavies, the first one a lower thrust pre-block-5 version and the last one a full thrust block 5 variant. Its 27 engines worked fantastically and produce about 23 MN of thrust. SpaceX has also been building and test-firing flight versions of the Raptor engine, even testing integration into a battleship demo vehicle, the Starhopper. The initial BFR (I’m still calling it that) will have less than 50% more thrust than the rockets SpaceX already is launching. And its possible SpaceX may use, say, 18 engines and throttle them down to 80% for reliability reasons. That’s basically the same as Falcon Heavy, has fewer engines, and addresses all those concerns about flame trench size, infrastructure risk, etc. (Although I suspect that SpaceX will operate with higher thrust.)

BFR is now no longer absurdly over-sized at all. That talking point is over. It’s easily within their demonstrated capability. Fewer staging events also helps. And landing the Super Heavy booster may be easier than landing 3 separate cores simultaneously (no one knows right now). They switched from carbon fiber to stainless steel for fabrication, but that’s probably a step in the right direction if you want the vehicle to fly realsoonnow. Hypothetically (with almost balloon tanks), stainless has the same mass fraction as a carbon fiber (which needs design knock-downs for cryogenics and oxygen, particularly with out-of-autoclave processes) and similar to SpaceX’s current aluminum-lithium alloy. In practice, it seems SpaceX is still literally hammering out the manufacturing process. They have a method that seems to work with Starhopper, but the mass fraction is terrible (built literally by a water tower company). It seems almost like Sea Dragon.

But they don’t HAVE to have extremely good mass ratio. The upper stage doesn’t HAVE to have SSTO-like capability, not at first. It just needs enough to get to orbit with significant payload, say 50 tons. Perhaps it just needs 6.5km/s. That’s also about the delta-v needed to go from the Gateway to LLO then to the lunar surface and back (well, that’s about 6.2km/s total… 5.2km/s if you’re aggressive with your burns).

The difference between 6.5 and 9.5km/s when your exhaust velocity is about 3.7km/s is: e^((9.5-6.5)/3.7) = 2.24. So while SpaceX might be able to theoretically do SSTO with extremely good mass fraction, they can knock that down by a factor of about 2.25 (including long-duration equipment) and still accomplish the mission. That means they may be able to use a fairly crude manufacturing and heatshield system and still accomplish the initial goals of Starship. In fact, Elon has also been discussing an expendable upper stage for certain missions. That gives more options for SpaceX to insert Starship into some operational role much earlier than you might think. 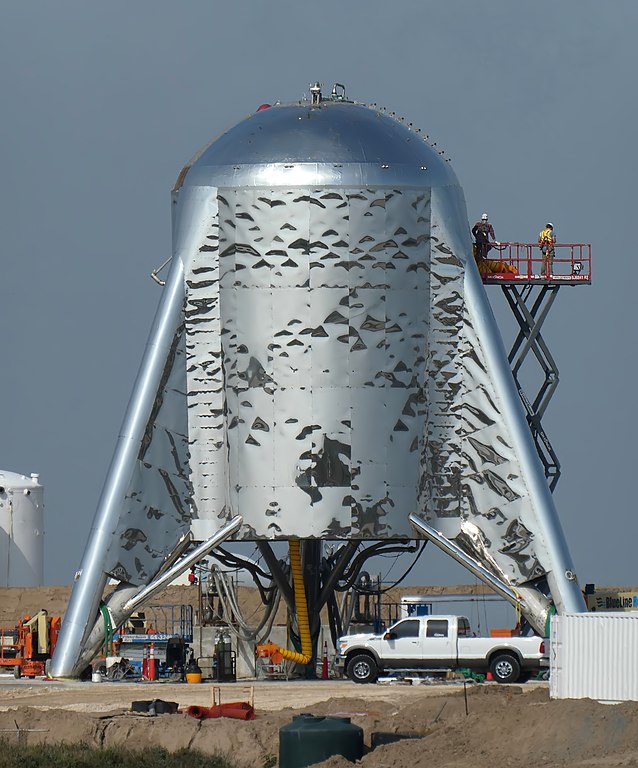 It’s no longer pie in the sky (although the capability is also much lower, but perhaps sufficient). Of course, most of the professional spaceflight community hasn’t grokked that yet. We’ll see how long that takes. With Starlink, it took the splendid orbital launch of 60 satellites for anyone to even raise the question about night time visibility of 12,000 LEO satellites, even though the likely operational visibility was perfectly predictable when it was first announced.