A Simple Modification of the Rocket Equation

When I was an undergrad, I spent two summers interning on the X-33 program at the Lockheed Martin Skunk Works in Palmdale, California. It was a fantastic experience and I got to meet with and work with some wonderful people on a very exciting program. Plus I got to live in the Mojave for two whole summers! 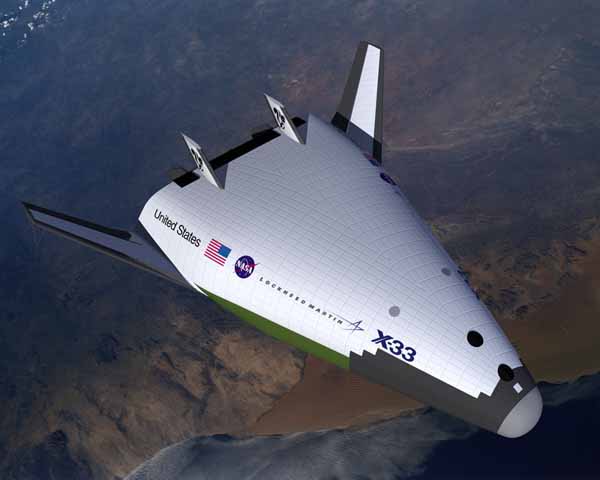 But the X-33 program, as we know, failed. Then I went to grad school at Georgia Tech and studied under Dr. John Olds in his Space Systems Design Lab. We worked on highly-reusable hypersonic airbreathing space transportation systems. Mostly we studied them for NASA headquarters. But I couldn’t help but wonder where had X-33 gone so wrong?

After graduating from Georgia Tech, I got a job at NASA Marshall Space Flight Center in March 2000, and I worked for Dr. George Schmidt in the Propulsion Research Center. It was another wonderful place to work, and I was surrounded by people who were studying antimatter, or plasma rockets, or nuclear reactors–all kinds of interesting subjects.

At that time there was a bit of a “fad” making the rounds at NASA HQ, and it went something like this: we needed to figure out how to do a roundtrip Mars mission in a year or less. Someone had decided that a year was all the human body could take, or the public would keep interest it, or something like that.

I protested, pointing out the astrodynamics of the situation would make such a mission nigh under (very nigh unto) impossible. But there was another “fad” making the rounds at NASA HQ that was lulling them into a false sense that it could be done.

They called it “abundant chemical”, and it was based on the notion that if you could wave your arms and imagine that all the chemical propellant you could ever want was somehow waiting for you in low Earth orbit, then you could just build a big honkin’ rocket and go to Mars and come back just as fast as you wanted to. No one was super clear about how all this propellant got to LEO, and the most popular approach seemed to involve huge, poorly-defined guns or sling-a-trons of some sort that would somehow make it happen, but my boss George had a different idea.

He tried to derive a simple variation of the rocket equation that would show the folks pushing this “abundant chemical” idea that it really didn’t matter if they could assume unlimited propellant, that if the delta-V of the mission was too high (and the one-year Mars mission certainly fell in that category) that all the propellant in the world couldn’t do it.

Now, for a quick review, the rocket equation is derived rather quickly by integrating the differential change in velocity (dv) on an object with mass (m) by the expulsion of a differential amount of mass (dm) at an exhaust velocity (ve).

The result is the amount of change in velocity (delta-V) that can be expected from the expulsion of some fraction of mass at the given exhaust velocity. The rocket equation can also be rewritten so as to tell you for a given delta-velocity and exhaust velocity, what the mass ratio of the rocket (MR) will be in that situation.

For instance, if you had a delta-V of 7300 m/s and an exhaust velocity of 4500 m/s, the mass ratio predicted from the rocket equation would be 5.06, in other words, your vehicle would be 5.06 times more massive at the beginning of the delta-V maneuver than at the end.

Now here’s the part where George did something that got my creative juices flowing, many years ago. He proposed that we imagine that the structure is some fraction of the mass of the propellant. He called this fraction “lambda”, which is a pretty common Greek letter people use when they’re talking about some structural fraction in the rocket equation. George did up a spreadsheet showing how for some practical value of lambda, you would be limited on how much delta-V you could deliver, even if you had lots of propellant.

I started playing around with the equations and was curious if a closed-form solution might be possible that would relate the payload mass (what we’re after) to the gross mass of the vehicle in the first place. With lambda defined, you can proceed to go and use it to replace the structural mass in this modified rocket equation.

With a little more algebraic mastication, you can simplify things down to just payload mass and propellant mass.

To go further, you need to be able to define propellant mass some other way, and then substitute that definition into this expression. Fortunately, the original rocket equation (assuming you know mass ratio) can be solved another way to give you propellant mass.

Then this definition can be substituted into the equation for propellant mass, giving you the expression in terms of only payload mass and gross mass, which is what I was after in the first place. Things simplify quite nicely.

And finally there it is. An expression for payload fraction of a rocket, defined as the payload mass divided by the gross mass, with expressions for lambda and mass ratio embedded into the equation.

This equation can be very useful, because if you look at the numerator, you can imagine that there is some value of lambda that makes it zero for any given value of mass ratio. That would be the structural lambda at which point there would be no mass for payload. Finding it is very easy by setting the numerator to zero and solving for lambda.

At last I was beginning to get insight into my original question, which is “why didn’t the X-33 work?” For a single-stage-to-orbit vehicle, burning LOX/LH2 propellant at about 450 sec Isp, you can calculate the mass ratio from the rocket equation. Then you can throw the mass ratio and lambda into the expression I derived to get an idea of what kind of payload fraction you could expect.

In the ten years or so since I first did this work, I’ve taken these derivations much further, and I plan to share with you ever-extended derivations of this sort in upcoming posts.

12 Responses to A Simple Modification of the Rocket Equation